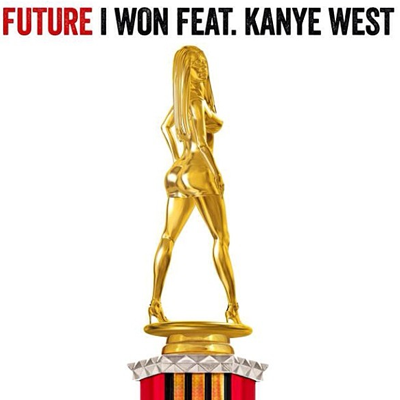 Hip hop has constantly been criticized for demeaning and degrading women. It has often gotten the rap for over sexualizing the female body and not celebrating their mind. It would be easy to put Future and Kanye West’s, “I Won” within that same category. The song, an ode to their wives, uses trophies to personify them and all of their glory. It’s a song that can be bobbed to, nodded to, maybe even a quick two step with a drink in your right hand as you move to the catchy beat. But, we just can’t take it seriously. If we do, we will spark a million woman suffrage march to get the song banned from your randomized Pandora stations and Spotify playlists

And not because the song is as vulgar as a BET UnCut video, but because we should be sick of women being objectified right? Let’s break it down. Trophies. Shiny statuettes that symbolize victory and accomplishment, normally ranked by color with gold being the highest tier. They are items we place on mantles, reserve for glass cases, or palm in our hands when we want to tell someone great story of how we overcame challenges to earn this molded metal. It’s a statement of being a winner, and usually involves some sort of battle/competition where you had to be the best of the best to get one. Well, except in the pee wee leagues where you get one just for signing up. Not to create any confusion, because Future and West c
learly didn’t just sign up. West made it clear that it was indeed a feat to capture his trophy, Kim Kardashian, as he raps ” I made it over NBA, NFL players/ So when I score it’s like the Super Bowl.”

Draped in sexed up lyrics with an emphasis on the physicality where the only stimulation is just a few inches below their waists, the song is pretty shallow. It never divulges into anything beyond the surface of these women, meaning after the Perry Ellis that Future drapes his woman in, the buck stops there. That’s it, nothing about compatibility, long walks in the park, significant conversation, or even a good home cooked meal. Just sex, “you were almost my co-defendant,” and more sex. But hey, the song doesn’t purport to be John Legend-esque and it doesn’t even get close.

After discussing the song with friends it was refreshing to hear that while some of the men enjoyed the song, they would never refer to their women as trophies. One guy went as far as to say “the moment you sing this song to your wife is the moment you lose respect for her.” And you guessed it, all the females quickly turned down the thought of ever wanting to be known as a man’s trophy! And while I got a 10 out of 10 “I am no man’s trophy” from women in response to the song, I’d be remised to not acknowledge the presence and existence of trophy wives across America. As in the famous M&M’s Christmas commercial when they stumble upon Santa placing presents under the tree, “they do exist!” And with much pride, I’m sure that many women would have no problem having “I Won” serenaded to them.

But, for women that don’t wish to be ornaments that merely hang off their men when he wants to show his friends what “he won,” the term, trophy, must be coupled with a connotation that goes beyond sex and glamour. It should be defined as a woman that can be cherished by her men, not only for their beauty, but for their drive, intelligence, intellect, spirit, and mind. Men should feel like they have earned their women (and vice versa) but not by beating out competition, but by putting in the work and effort to be the right man for her. When a man looks at his wife, he should have that glow in his eyes as the story of how they first met rests on his curled lips, just like that huge championship trophy that he keeps in his man cave he can’t wait to tell you

about. And let’s not forget, while depth should be essential to any lasting relationship let alone marriage, a woman also wants to feel like the most beautiful woman in the room to her man when she loops her arm into his. So a portion of the symbol of beauty an glamour that already rests inside the “trophy wife” stigma is safe to stay.

At the end of the day “I Won” is a song. It’s not becoming apart of marriage vows nor will it be written into the history books for any reason. It brings back that classic idea of a “trophy wife” and while I wish the two would have created a new meaning to the term, they pretty much just heightened the stereotype. What could have been a Pusha T and Pharrell “S.N.I.T.C.H.” moment turned out to be just another Turn Up Anthem. Different beat, same song.

Angels in the Center Field - Believe You Are A Champion

Candy Rain's Billy Bang - Getting Introduced To The Music Industry 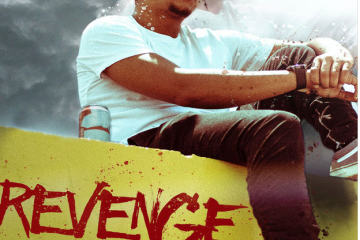 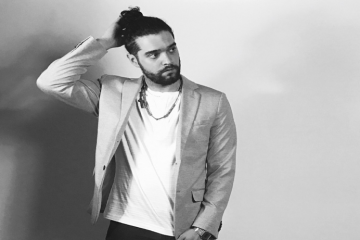 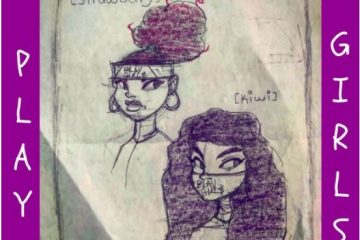